Amor and Psyche or The Journey 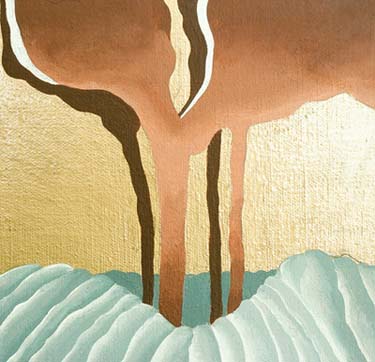 I first encountered the Jungian interpretations of the Roman myth, Amor and Psyche, in the 1970’s when I was new to Jungian psychology. The texts included Erich Neumann’s book Amor and Psyche: the Psychic Development of the Feminine,  published in the 1950’s Marie Louise von Franz’s The Golden Ass of Apuleius: The Liberation of the Feminine in Man, in 1970, and Robert Johnson’s She!: A contribution to understanding Feminine Psychology, in 1976. Psyche, therefore, became a model for  “feminine development” or a model of a man’s anima in Jungian scholarship.

This classical research was based on three chapters of the novel The Golden Ass of 2 C.E. by Lucius Apuleius. He recorded his version of the myth using the Roman name of the god: Amor. In the book, an old woman, servant to robbers in a cave,  tells the story to soothe a young woman whom the robbers had kidnapped from her betrothed. Apuleius’ journey as the protagonist of the novel leads to his initiation into the mysteries of Isis and Osiris.

Reviewing this literature in 2015, I find the classical examinations formulaic in their blanket application of the Jungian concepts of anima and animus. They also adhere to the conventionality of traditional gender roles as Jung defined them, that is “feminine” as eros, “masculine” as logos, (ironic, given that Eros/Amor is a male god!) Erich Neumann also defines the feminine as the unconscious and the masculine as consciousness. These gender definitions are limited and dated.

While much of the archetypal discussion in these scholars’ interpretations has validity, especially within the Greek and Roman cultures, the individual woman as female gets lost in the lofty (even brilliant) use of Jungian principles. As an example, these scholars do not take up the embodied fact of Psyche’s pregnancy as a psychological factor during the course of her initiatory challenges. The real experience of gestation, either literal or symbolic, and its effect on a woman and her psyche is therefore buried in the avalanche of archetype and symbol. For the myth to have relevance for a contemporary woman, her cultural and particular life circumstance must be revealed. A woman in the 21st century ostensibly has choices about her sexuality, her career, mothering, marrying or living an independent life.

Read Amor and Psyche or The Journey in its entirety.