The Archetypal Power of Images in Videogaming 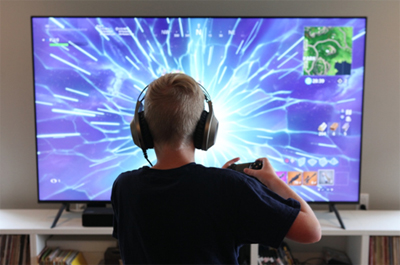 Whenever I speak with people about videogames, I usually confess that I know far more about them than I’d ever anticipated. Much of my practice as an adult and child Jungian analyst in San Francisco is with adolescent boys and young adult men, who increasingly are online and typically playing videogames. Many of them are quite alienated and report trouble with forming and maintaining relationships. Often, their videogaming is associated with destructive fantasies that these games reinforce. These videogames frequently make use of apocalyptic settings in which to stage battles and fights for survival.

Alienation once meant insanity, and the word alienist indicated those who worked with the insane. Today, alienation is understood as being isolated from others, lonely and marginalized. As analysts, we appreciate that it also refers to being distanced from the inner world, cut off from the vital life of psyche. It is this barrier to internal processes that interests me in what many males describe when saying, “I’m broken”.

The video games I hear about fall into a category called MOBA, or multi-player online battle arena games. These are point-and-shoot games, in which a player has a weapon and tries to maximize his score by killing as many enemies as he can. These games are mostly played on the Internet. Two examples are League of Legends, released in 2009, and Fortnite, released in 2017. Almost 80 million people play Fortnite each month, and this game generates revenues of over $300 million monthly. Over 70% of the players are male.

An important issue that comes up is whether video games can be addictive. Supporters of these games will argue no and point to unsubstantiated claims that they promote various aspects of cognition and socialization. The New York Times recently reported in depth about the first inpatient rehab facility for video game addiction in the U.S. This article explains that addiction occurs not only to substances, but also to behaviors that become repetitive and difficult to control, much like with gambling addictions and sex addictions. The behavior is primed by an intermittent reinforcement schedule to persist in a false hope of achieving pleasure and satisfaction, both of which decrease with dependence. A neurochemical explanation of this vicious cycle rests in part with the human brain’s dopamine system.

Teams of video gamers now compete for money in what The Economist calls “an adrenalin-filled corollary to social media”, as if there is a demand to intensify what occurs online. Citing the marketing revenues to be made, they write, “Trigger-happy 15-35 year-olds are literally calling the shots.” Many mass shooters are reported to have had compulsive or addictive behaviors around videogaming. In my practice, I often hear fantasies about how a young man or boy hopes to earn a living playing video games. These male fantasies have become more prevalent within the last 5 years. Such aspirations appear to be a new sociocultural trend. A 16-year-old boy recently won $3 million in an international Fortnite competition.

The American Psychological Association issued a report from a task force assessing violent video games. “Consistent with the literature that we reviewed, we found that violent video game exposure was associated with: an increased composite aggression score; increased aggressive behavior; increased aggressive cognitions; increased aggressive affect, increased desensitization, and decreased empathy; and increased physiological arousal.”Their conclusions are based on a meta-analysis of thirty-one articles published since 2009 on this subject. There is much debate about how harmful these violent games might be, and those who support the videogame industry assert that there is no causal link between such games and violence. The authors of this report note that there is no proof of causation to endorse that these games lead to criminal behavior or delinquency.

Read The Archetypal Power of Images in Videogaming in its entirety here.