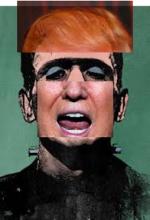 My family had recently immigrated to the United States from Cuba when the president of the United States, John F Kennedy was shot and killed. I remember watching the state funeral on a little black-and-white television set with my mother and younger sister. I was a couple of months short of five years old. This woman, the wife of the president, was American, I understood, and she was different from us. My parents were certainly no fans of JFK, having felt deeply betrayed by him in the Bay of Pigs fiasco, but they were shocked and dismayed by the assassination, and must have been swimming in complexly layered feeling about the tragedy that was unfolding in this new home of theirs. Mostly I remember my mother’s empathic grief and respect for the strength and dignity of Jacqueline Kennedy. I watched my mother’s face, and she watched Jackie’s. Jackie held the hand of little John; my mother held our hands and wept. I’ve come to think of this memory as an emblem of my American patriation, the complexly layered beginning of my becoming a member of these United States. Without the words to formulate it to myself, my young mind was turning over the question: for whom or for what was my mother weeping?

I entered these United States, then, in a time of cataclysm: both within my immigrant family and without, when the social containers of the nation seemed to be fissuring. JFK’s assassination was, disturbingly, only one of many in those years, of course.

Despite this turbulence within and without, my main preoccupations then were a child’s preoccupations, immediate, close at hand; I was thankfully buffered by the noisy din and easy love of an extended family that did its best to keep the press of adult worries out of the lives of small children. But I remember, many decades later, lying on an analytic couch and trying to describe a diffuse kind of anxiety I didn't have many words for, but unquestionably felt at that time. I was telling my analyst, somewhat jokingly, how I had been afraid of tornados (we had immigrated to central Texas - there had been a big twister on the news that devastated a town) and, more acutely, of “Communists.”