Living on the Edge of the Apocalypse: What ISIS, the Christian Right, and Climate Change Deniers Have in Common 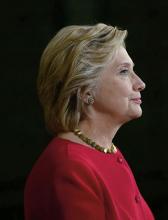 A couple of years ago, I walked out to the beach with an old friend who was visiting from India;  it was a beautiful, warm day in January, right after a storm, and the air was crystal clear and the sea calm. As we sat and watched the waves, I said, “It's too bad you can't have a winter day like this anymore and not think about global warming.” He paused, then said, “I wasn't thinking about global warming.” After a good laugh, we changed the subject to how great it was for him to be back in California.

Ever since then, I've taken more careful note of how much we live in a doom and gloom thought machine, about everything from the environment, to the economy, to wars, pollution, and now, of course, the politics of the upcoming election (which seems to have been upcoming for the longest time.) I remember, when I was growing up in the deep South during the Cold war, the nonsensical fire drills to prepare for a nuclear attack. The local air force base in Montgomery was known to be on a Soviet target list, so the Cuban missile crisis felt viscerally scary, even by today's color coded danger levels; and the fantastical idea that hiding under a wooden desk would somehow prevent me from being burnt to a crisp sowed the first seeds of my mistrust in the government.

Read Living on the Edge of the Apocalypse:  What ISIS, the Christian Right, and Climate Change Deniers Have in Common in its entirety.