The Story of the Three Women Who Created ARAS 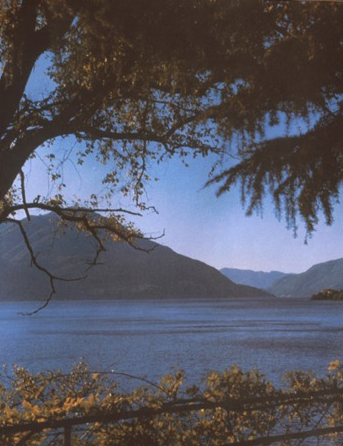 ARAS, The Archive for Research in Archetypal Symbolism has a long history, reaching back to the early 1930s in Switzerland. Many known and unknown contributors have been part of making ARAS what it is today, a national organization with centers in New York City, San Francisco, Los Angeles, Chicago, as well as ARAS Online, serving visitors from many other countries. But it all began with three remarkable women who dedicated their lives to exploring the transformations of the psyche – and creating an actual place to do this, each in her own way.

The time is the beginning of the 20th century when we first meet Olga-Froebe- Kapteyn, the first woman of the ARAS lineage. Olga (I hope she and the other women would allow me to use their first names) – Olga was born in 1881 in London. Her parents were Dutch. Her father Albert Kapteyn was an inventor, a photographer and director of Westinghouse London office. Her mother was a writer on social issues and a friend of George Bernard Shaw. And according to Paul Mellon, who wrote about Olga in his autobiography Born with a Silver Spoon, Olga once joined a circus, which might help explain the more adventurous side of her.

As a young woman, Olga went to Zurich to study applied art. It seems that she was interested in art and images from the very beginning. There she met Irwin Froebe, who was a musician from Austria. Olga was only 27 years old when her husband died, following an airplane crash, during the first world war. Some years later, Olga and her father went on vacation to Ascona, a small city south of the Alps in the Italian-speaking area of Switzerland. Olga fell in love with the area, and her father bought for her Casa Gabriela, a villa on a beautiful piece of land overlooking Lake Maggiore.

The stage was set for what was going to become a remarkable meeting place for people and ideas. But it began with seven years of solitude in which Olga lived in Casa Gabriela completely isolated except for a servant. She was studying metaphysics, and she was particularly interested in Eastern mysticism. She came across the I Ching, which was to have a great impact on her and later she met Richard Wilhelm, its translator. He was the first of three men who were to be very influential in her life. Through the I Ching, she found an ancient Chinese system that spoke to her as a method of aligning one’s inner nature with the outer world and of knowing what is the right way at a particular moment. In this way, hidden patterns are revealed, making the invisible world visible. This was to be a motif throughout Olga’s life.

Read The Story of the Three Women who created ARAS in its entirety here.