The Superhero and the Villain 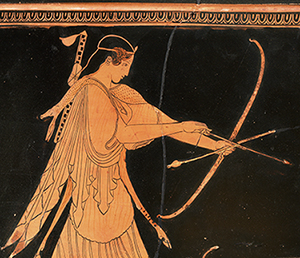 I started this essay before the arrival of COVID-19; now we are well into it. Some call the pandemic a “zombie apocalypse because it—and all pandemics—are invisible threats, causing hundreds of thousands of deaths. More than wars. The need for superheroes is great but what kind?

Originally this essay did not plan on covering the divine and/or mythical heroes, such as Zeus, Christ, Buddha, or the Hindu or Muslim pantheon. Nor those very important persons, who are guided by a moral compass to help others, such as those who work in the front lines on behalf of coronavirus patients. Nor those scientists racing to develop vaccines against diseases. These many men and women are truly the unnamed superheroes of our time.

Nope, originally, this essay was intended to suggest how leaders of certain countries regard themselves as cultural superheroes. Case in point: President Trump portrayed as Rambo by his followers or Russian President Vladimir Putin posing bare-chested while fishing or North Korea’s leader Kim Jong-un riding a fierce white steed before launching a rocket. Or the dictatorial leaders of Turkey and Brazil, the authoritarian rulers in China and Venezuela. While these men would like to subsume the hero archetype, they are but small tyrants, in comparison with the imaginative cultural heroes.

The superheroes of the comics, movies, and books which gross over millions of dollars, have been much derided by intellectuals. Author Joseph O’Neill writes in The New Yorker: “The elevation of fantasy as a way of investigating the human experience has been taken to a depressing extreme.” While it’s easy to dismiss superhero movies and comics as trash, to do so is simply wrong-headed and out of touch with the world’s common culture. Better to ask what are the profound human needs reflected in the fascination with supermen or women? How do the superheroes of today evolve from archetypal myths? Are they of any use now?

Read The Superhero and the Villain in its entirety here.