What walls symbolize: We must understand their meaning to appreciate the power of what's at the center of the shutdown 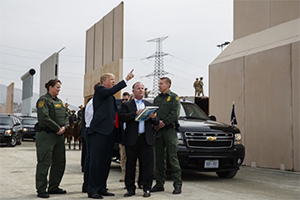 This article first appeared as an op-ed piece in the New York Daily News.

After President Trump’s recently departed chief of staff, John Kelly, suggested that the border wall his former boss demands wasn’t actually a wall, Sen. Lindsay Graham added that the wall is merely “a metaphor for border security.” All the President’s men tried to "walk back” the wall, but Trump would have none of it. Perhaps that’s because he knows the difference between a symbol and a metaphor, and he wanted to reaffirm the symbolic weight of the word “wall” that he has been erecting in the American psyche since 2016.

More than a metaphor, the wall is a symbol. And, when a symbol becomes potent enough to shut down the government, we should pause to review what a symbol is, and how Trump’s wall operates as such. In so doing, we may better understand the furor and monumental impasse it has created.

A symbol’s power lies in its polyvalency: it can evoke many simultaneous emotions and meanings, even contradictory ones. And a symbol can accrue meaning over time, such as the American flag, the Christian cross or the Nazi swastika, so that history adds to its gravitas. A symbol’s power to move people comes from its ability to tap the depths of the human psyche, where primitive, non-rational emotions lie dormant, waiting to be roused.

Trump’s wall draws part of its symbolic power from the long human history with walls. The Soviets built the Berlin Wall to keep citizens in, while the Chinese used the Great Wall to keep the Mongols out. Trump’s proposed wall is intended to keep dangerous people, such as terrorists and criminals, at bay. There are also racist and ethnic currents in the motivation to build Trump’s wall, as it would fulfill his campaign promise to keep “bad hombres” out of the country.

Thus Trump’s wall arouses deep, highly conflicted emotions, because it means different things to different people. To those who favor the wall, it taps deep yearnings for security in a world filled with perceived physical, emotional, social and spiritual dangers. The wall promises safety, even salvation, to those who fear that multiculturalism could dilute our national purity — whatever that is.

The fact is, we are all being invaded by overwhelming forces — too much information, economic pressures, and deep fears of loss of status and privilege. All of this can be projected onto the invading horde from the south. The wall offers symbolic protection, securing our physical, social and economic wellbeing.

For others, the symbolic wall activates opposite emotions. It is experienced as the deepest violation of who we are, as a people, and of those who seek a better future in the U.S. It obstructs our ability to embrace immigrants who bring vitality, energy, and renewal to our multicultural society. It violates our values of freedom, difference and goodwill for humanity. For those of us who oppose the wall, it is a symbol of tyranny, oppression and monolithic vanity, evoking shame and outrage about what we are becoming. These conflicting meanings and emotions can be triggered simply by the mention of the single four-letter word: “wall.”

For those who hate Trump’s wall, it may be well to remember that for many, including the Tibetan Buddhists who know as much about the inner spiritual world as anyone, walls can protect what is most precious and vulnerable, as in their sacred paintings. 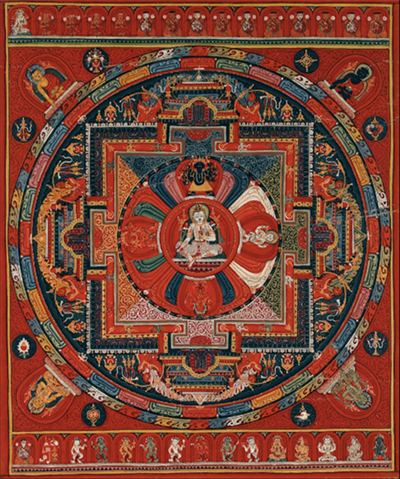 Similarly, I imagine that, for those who favor Trump’s wall, it symbolizes protection of the most precious and vulnerable aspects of American life. For those who love the wall, it would be well to remember that walls — symbolic or real — can segregate, traumatize and foment hatred and division.

It seems abundantly clear that the multiple meanings and powerful emotions of the symbolic wall have been politically manipulated and orchestrated to divide the country and to literally shut down the government. Such is the power of symbols to move people, to divide people and to unite people in other circumstances. We are being blocked — psychically, emotionally and legislatively — by this very potent symbol. Our leaders and we, as citizens, would do well to discuss all that the wall symbolizes. Only then might we dismantle the barriers between us to move forward as a nation.

Thomas Singer is a Jungian analyst, President of National ARAS and cofounder of Mindofstate.com.  A further discussion of “the wall as a symbol” can be heard here.