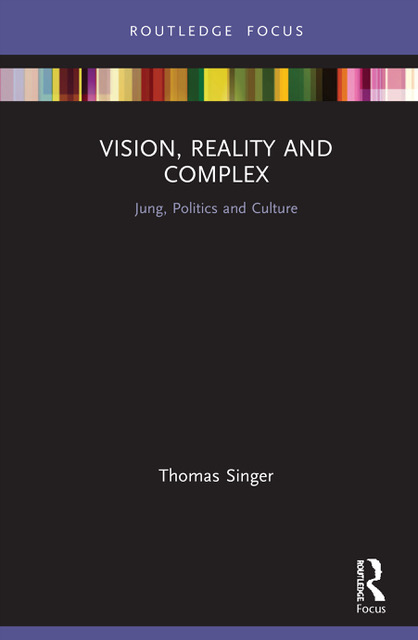 Images and Videos from the book Vision, Reality, and Complex:  Jung, Politics, and Culture 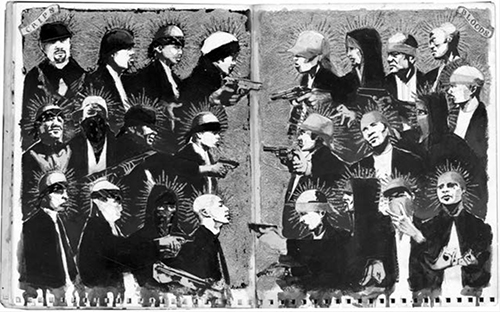 Figure 3.1 Bloods and Crips. Rival groups—whether it be the Bloods and Crips or the Jungians and Freudians—can easily fall into conflicts in which the predominant exchange is between their archetypal defenses of the group spirit, which can carry arms in many forms—from guns to laws to propaganda to cartoons. (Jake Messing, by permission. Mixed media painting, 14 × 22 in, from the Martyrs series, which can be viewed at www.jakemessing.com.) 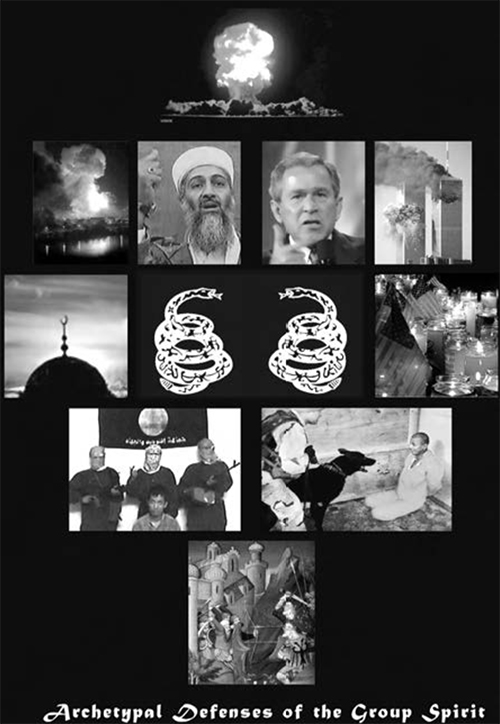 Figure 3.3 An “axis of evil” is created when cultures and their complexes collide. This can happen anywhere—between the West and Islam on a global scale, between Israel and Palestine (as shown in Munich, between the Bloods and Crips in Los Angeles, or between two conflicting groups in a Jung Institute. The collage demonstrates in image form how a true “axis of evil” is created in a horrifying dance of destruction symbolized by the paired serpents of the archetypal defenses facing off against one another when the sacred spirits of the group are attacked—symbolized in this image by the crescent and the Mosque for Islam and by the candles of Western Christian and Jewish cultures. When core values are assaulted as in the 9/11 attack or aggression by Western troops in Islamic lands, the archetypal defenses of the conflicting groups, “headed” by the figures of bin Laden and Bush, generate the most terrible experience of mass and personal horror behind which lurks the ultimate symbol of modern destruction—the atomic bomb. Personal lives, cultural values, and archetypal forces collide and compete in the collective psyche. (Collage: Dyane Sherwood and Jacques Rutzky. All images but the last were taken from the internet. From top left: atomic bomb exploding; American bomb exploding in Iraq, 2003; bin Laden; Bush; 9/11 twin towers; Iraqi mosque; Gadsden rattlesnake; candles and flags placed in spontaneous memorial 9/11; Jihadists pose on internet video prior to beheading; US soldier threatens prisoner with dog at Abu Ghraib prison; medieval painting showing European Christians attacking a Muslim walled city.) 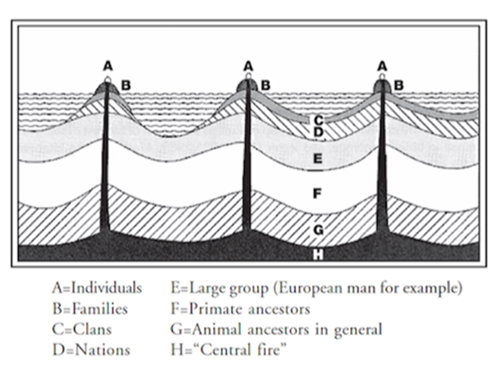 Figure 4.1 Jung’s diagram of the psyche 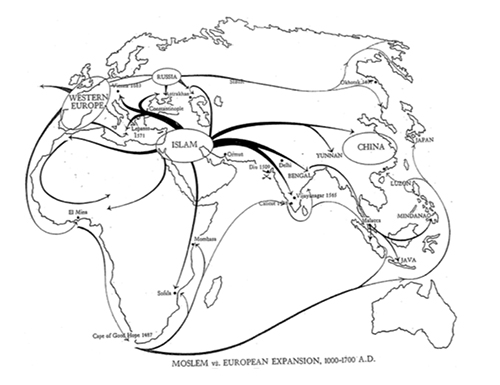 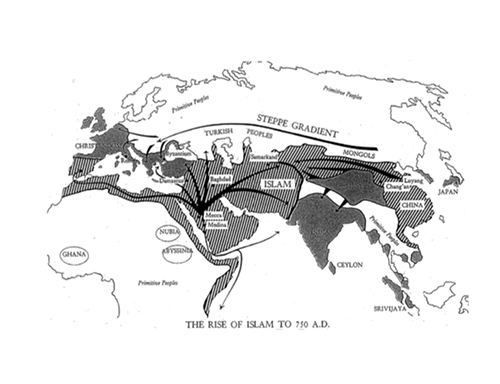 Figure 5.1 Rene Cox’s Yo Mamas Last Supper: A rather tricksterish playing of the race card, designed perhaps to trigger a cultural complex of white Christians. 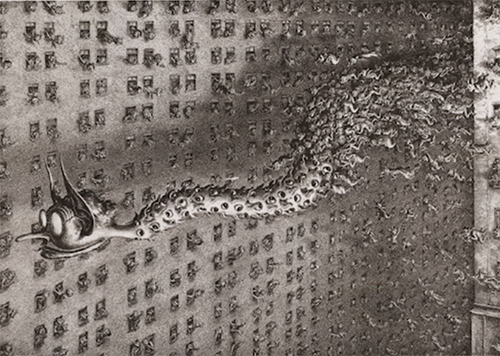 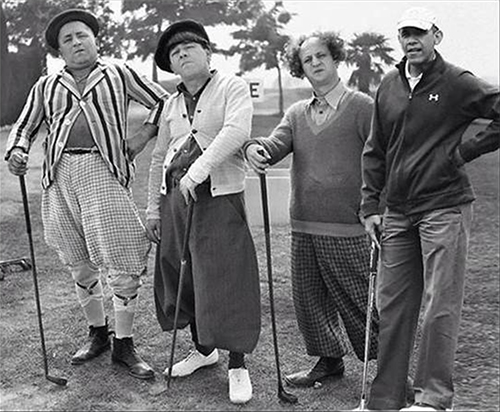 Figure 6.2 Obama as the Fourth Stooge, an image that speaks to the racism motivating groups 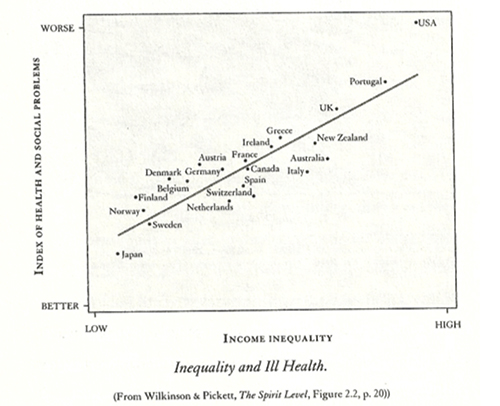 Figure 6.3 The relationship between income inequality and “ill health” 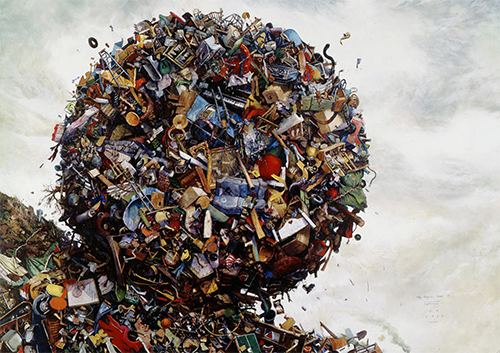 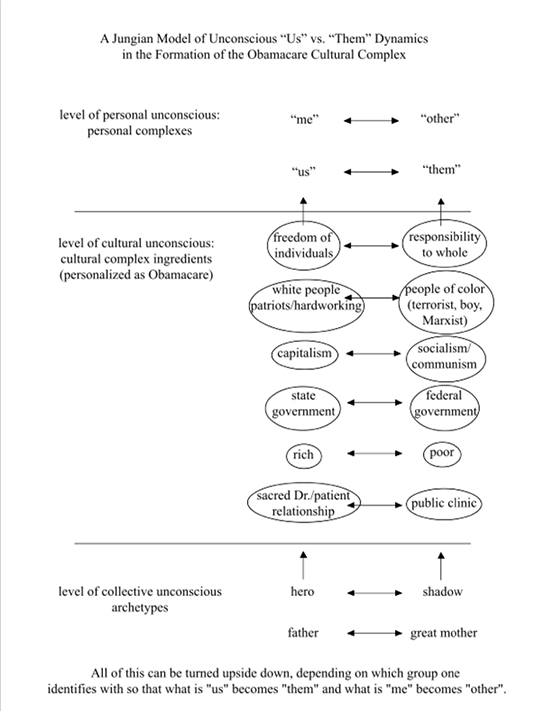 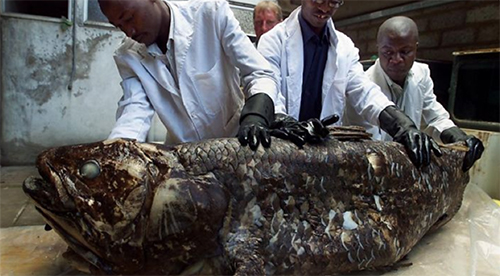 Figure 6.6 A coelacanth closely resembles the ancestral fish that first emerged from the water to walk on land some 400 million years ago. 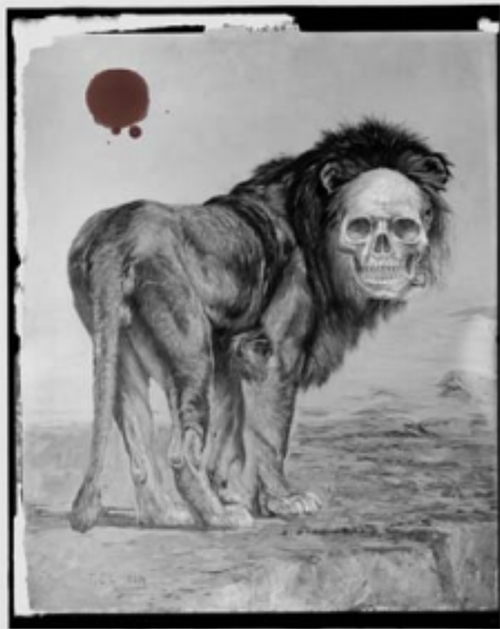 Figure 7.1 The beast in Yeats’ “The Second Coming” 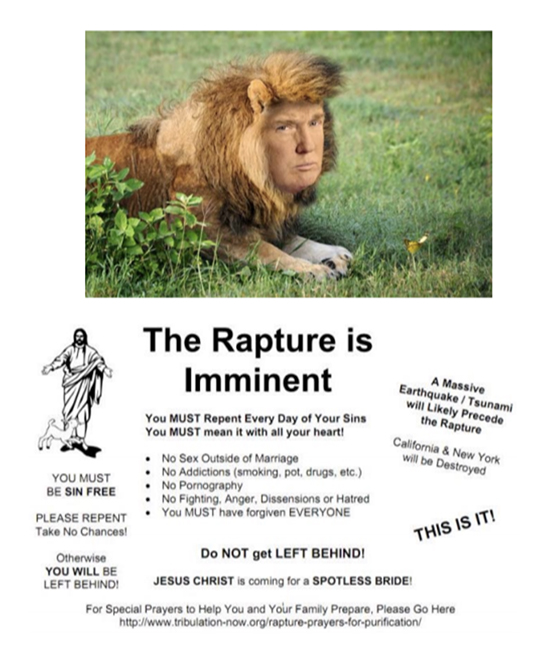 Figure 7.2 Trump with a lion’s body: The Rapture Is Imminent!

Figure 7.3 The Doomsday Clock pictured at its most recent setting of “100 seconds to midnight.”