Supported by a generous grant from the Germanacos Foundation.

For some time, we have been gestating ideas of how to reach out to the ARAS audience more effectively with a greater variety of offerings. At the same time, we have also wanted to be more interactive and receptive to the world of ARAS users. Our vision of creating An ARAS Outreach Center led us to the image of the archipelago, which expresses our hope that emerging initiatives will be a place that links ARAS projects to the world. 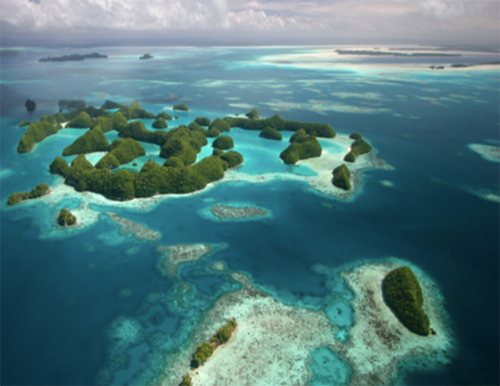 I first came into contact with the richness of the image of an archipelago many years ago when I arrived at the old Athens international airport for one of many pilgrimages to the Aegean. After I spoke a bit of pigeon Greek to the cabdriver telling him where I wanted to go, he asked me about myself. I said that I was an American psychiatrist who lived in San Francisco. He responded by saying, “I am a Greek cab driver and my mind is like the Aegean, filled mostly with water and a few scattered hard rocky islands.” There are archipelagos in the sea and archipelagos in the mind and in the psyche.

An archipelago is an expanse of water with many scattered and interconnected islands.  For a Jungian oriented group, this is a perfect image of the relationship between unconscious and conscious, both collective and personal. It is also a good image for the relationships between the symbolic imagery of different cultures in different eras. They are separate in their cultural uniqueness but also connected by a sea of common human experience that we call archetypes. And now, we plan to develop our own archipelago of an interconnected worldwide ARAS community, separated by the vast seas of both physical oceans and cultural differences and connected by the archetypal commonalities of being human.

Our new ARAS archipelago will have many of its own interconnected islands, all aimed at the reciprocity of engaging in an active dialogue with the world. We plan to offer books, courses, and podcasts.  We will also be experimenting with curated galleries and forums in which ARAS users can share images and discussions.

To get a quick tour of the content of Archipelago, please see our video on Archipelago:  The ARAS Outreach Center. Descriptions of our first two offerings on the new platform are below.  Both are major innovative programs reflecting our broader emerging vision of a world connected through archetypes and symbolic imagery.