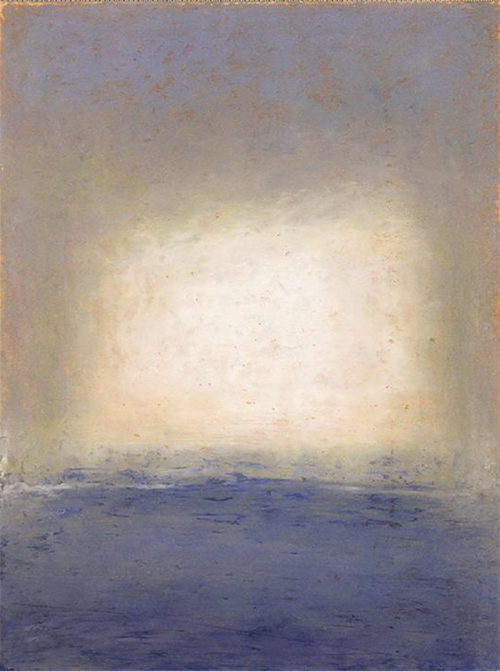 It is the function of consciousness not only to recognize and assimilate the external world through the gateways of the senses, but to translate into visible reality the world within

Liberating the light in matter

A quality of tenderness permeates the interaction of an artist with an analyst in the video, “Gathering of Light: Mary Conover in conversation with Nancy Furlotti.”

Recorded in the artist’s Aspen, Colorado studio before the Art & Psyche Conference in Santa Barbara in 2019, the interaction reveals the cornerstone of a shared love for the wisdom of the unconscious and explores the symbolism of light as consciousness, which has an evolutionary quality. Both women have dedicated themselves to alchemically transforming the matter of the prima materia from lead into gold; of liberating the light of the soul hidden in matter. Their work shares a common thread of active imagination, of engaging the silence and listening; of entering the depths and being with the unknown to receive psyche’s revelations. Nancy Furlotti taps into this wisdom mainly in working with the inner world through dreams, tending symbols as messengers of consciousness from the unconscious. She makes this material available in a variety of forms including: books, presentations, online interviews, and film. Mary Conover has also brought the invisible into visible reality through a variety of forms including mixed media. Being a visionary artist, Mary’s primary method directly engages the soul of nature in the open air. Amidst the raw elements of water and sunlight, curving winds and sensuous landscapes, she contemplates the world without to access the world within. Unburdening herself of a sense of duality, she connects directly to the light within life and translates this into a living poetry of images. Though the outer forms appear as a painting, pastel landscape, mixed media image, a video, interview, or art exhibit, the inner expression contains the dialogue of light present in the psyche and the natural world. These expressions of creativity bridge a subtle experience that touches the most secret space in the heart because they are created from its vastness. This video gives glimpses of the shared creativity of these two women through the experience of light in nature as a portal to the soul.

Read Living Light: A Video with Mary Conover in its entirety by clicking here and view the video below.