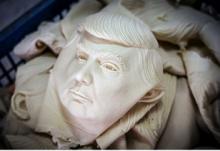 I’m speaking from the perspective of a Jungian-influenced literary critic who agrees with Peter Drucker that “Culture eats strategy for breakfast.” First:  perhaps a “health warning” should be offered. Listen to what the critics had to say about Trump’s 1987 book, The Art of the Deal:

“Trump makes one believe for a moment in the American dream again.” [That was the NY Times critic.]

“The man has flair . . . It should be read because Trump is one of the Great Characters who help define New York’s peculiar urban style.”

And I agree with these critiques – not only about the book but about the Trump phenomenon itself. Trump has convinced 40% of Americans to believe in him. And “flair” is one way to describe his flamboyant performance of electoral politics.

But there are more colorful cultural critiques than “flair” these days:  Hillary has been compared to a witch and Trump to Hitler in spite of the dampening effect of Godwin’s law, which the Oxford English Dictionary defines as follows:  “A facetious aphorism maintaining that as an online debate increases in length, it becomes inevitable that someone will eventually compare someone or something to Adolf Hitler or the Nazis.”

My former student, Mike Godwin, who originated Godwin’s law, has an addendum for this election. Mike has said, “If you're thoughtful about it and show some real awareness of history, go ahead and refer to Hitler or Nazis when you talk about Trump. Or any other politician.”

Read Politics, Character, and the Socially Mediated Candidate in its entirety.