Sacred Deities of Ancient Egypt: A Pantheon of Paradoxes 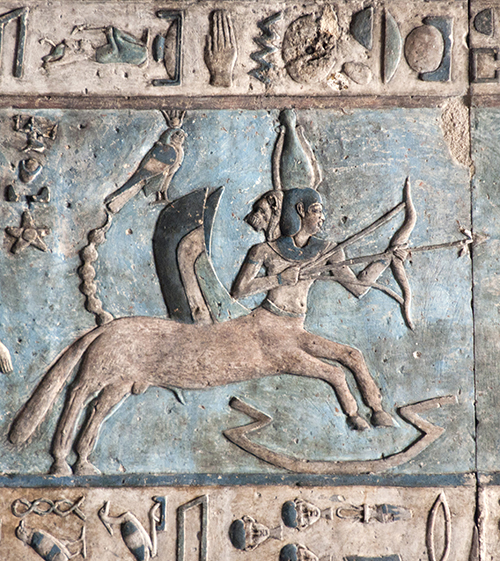 DREAMS OF LIONS: A REVERIE

Before you read further, pause for a moment and imagine the world in which ancient Egyptians lived—one populated by dangerous creatures both large and small, including lions, panthers, crocodiles, hippos, cobras, scorpions, and poisonous vipers. Egyptologists have identified New Kingdom inscriptions that compare the war cry of the king as he rode into battle in his horse-drawn chariot to the roaring of lions. A rare inscription in which the sounds of the fury of battle were likened to the roaring of lions from a mountaintop has also been discovered. This vivid soundscape, which equates the sound of lions roaring from mountain peaks with the sound of the pharaoh’s army clashing with his enemy, is unforgettable.

While I was photographing in Egypt, I was drawn to explore the visualization of lions and lionesses as deities. I should not have been surprised, when I was awakened one morning with the gift of a dream fragment. In my dream, night had fallen and I was walking through a field of lightly sleeping lions. Their shaggy manes rested on their great paws. They lay close to one another, so I had to tread carefully. I had been given a sound to keep me safe—the soft cluck-cluck of a hen. The sound felt barely adequate to protect me from a field of slumbering lions. As I threaded my way carefully through their midst, the lions stirred but did not awaken.

This was the first appearance of the hen and the lion in my dreamscape. As I aged, this dream motif changed, and it became my task to protect an imposing but vulnerable red-brown hen in a fragile wire cage from a roaming lion. With the passage of time, I felt both unnerved and strangely comforted by these images, which I believe are messages that awakened me to my own mortality. And then, quite unexpectedly, just before the anesthesia required for a retinal procedure took hold, a lioness, not a lion, curled up beside me. Lions and lionesses have been reminders of the formidable, or so it seemed, challenges I faced in Egypt, emblems of my mortality, and protective presences. The imposing red-brown hen with her vivid yellow beak, bright eyes, and red comb remained a mystery for years until I realized, quite spontaneously, that she and I were both solo travelers faced with a series of difficult tasks we had to finish alone.

Read Sacred Deities of Ancient Egypt: A Pantheon of Paradoxes in its entirety here.