View the webinars from season one of the Gaia: Then and Now webinar series here.

"I used to think the top global environmental problems were biodiversity loss, ecosystem collapse and climate change. I thought that with 30 years of good science we could address these problems. But I was wrong. The top environmental problems are selfishness, greed and apathy, and to deal with these we need a spiritual and cultural transformation, and we scientists don't know how to do that."  James Gustave Speth, Shared Planet: Religion and Nature, BBC Radio 4 (1 Oct. 2013)

ARAS is an archive focusing on symbolic imagery as it appears in diverse cultures and eras throughout human history. ARAS offers a unique perspective on the collective and individual psyche as it expresses itself through image, story, and myth that point to underlying archetypal themes. It is this unique perspective that ARAS wants to bring to the discussion of climate change and our human relationship to Earth.

Almost all of the discussion about climate change has focused on the science that supports the notion that climate change is real and caused by human beings vs. those who deny its reality, its human causes, and question the validity of the scientific evidence supporting its existence. That the debate has focused on the science is only natural in an era when the scientific method has been embraced for several hundred years as the fundamental way of knowing the truth about the earth and the universe. For a far longer period of time, there has been another way of knowing about the world—what we might call the mytho-poetic way of knowing. The scientific and mytho-poetic ways of knowing have been at odds with one another for at least a few centuries. At a time when everything seems to be polarizing in our views of the world, it might seem odd to suggest that the scientific and mythopoetic ways of knowing can be viewed as complimentary rather than at war. The ARAS Gaia Project seeks to explore the mythopoetic ways of knowing the nature of the earth and the current crisis of climate change—not by putting itself in opposition to the scientific way of knowing, but rather by offering itself as a complementary way of understanding our dire situation and how we got there. 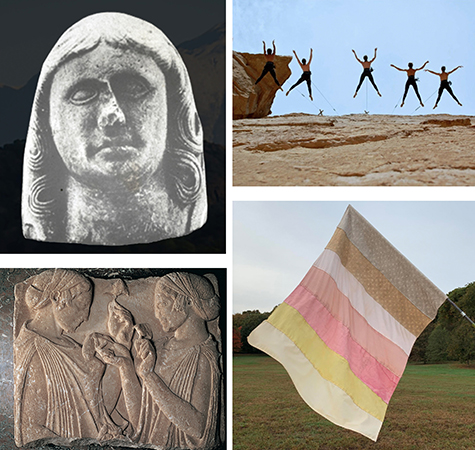 The first phase of the ARAS Gaia Project is Gaia: Then and Now, is a series of online events presenting a way of knowing essential truths about the earth and climate change through the exploration of archetypal, symbolic images. The series has been designed with an eye towards moving back and forth between the ancient and contemporary stories about the human relationship to Gaia. We held 6 webinars in 2022 and are working on season 2 which we hope to present in early 2023.

Click here to view the webinars from season one of Gaia: Then and Now.