Nothing is more important to ARAS than the symbol as it is included in our name ARAS:  The Archive for Research in Archetypal Symbolism. Ironically, however, we rarely inquire about the origin of symbols or what we actually mean by archetypal symbol or image.  Rather, we tend to take it for granted that we all know what it is and tacitly agree on that meaning.  What thrills me about the lively exchange between Sylvester Wojtkowski and Warren Colman in this edition of ARAS Connections is that they inquire about the origins and meaning of what we call archetypal symbolism.  And they argue about it fiercely and passionately in an exchange that is noted for its integrity, intelligence, and graciousness. There are even elements of play and fun in their back and forth. This is not an era in which people of opposite points of view or beliefs—especially political—are known to engage in a substantive and civilized exchange.  Sylvester and Warren actually helped one another with editorial and copy editing suggestions in the preparation of these papers which are stimulating and challenging.  They remained truly collegial even as they whole heartedly disagreed with one another.  And, like the living symbol itself which can contain the opposites, one ends up somehow believing that they are both right even though their positions are diametrically opposed.

This edition of ARAS Connections is for me, personally, the realization of a dream—that we create a forum in which we can conduct a substantive inquiry about symbolic reality, imagination, and psyche.  To further that goal, we have created a blog for the readers of ARAS Connections to continue this conversation with Sylvester and Warren.  This is an experiment and we hope it proves to be as rich and fruitful as this exchange between Sylvester and Warren about Warren Colman’s wonderful, groundbreaking contemporary inquiry into the origins of symbolic imagination: Act and Image: The Emergence of Symbolic Imagination.

You can access the blog by going to arasconnections.wordpress.com 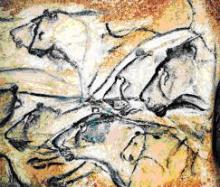 Beauty awakens the Soul to Act

“It is as if we did not know, or else continually forgot, that everything of which we are conscious is an image, and that image is psyche.”

“Meaning is what we give to the image. Significance is what the image gives to us (egos). The archetype’s inherence in the image gives body to the image, the fecundity of carrying and giving birth to insights. The more we articulate its shape the less we need interpret.”

James Hillman, Egalitarian Typologies and the Perception of the Unique, p. 32

“Some maintain that there is a form of language so strong, so con-substantial with the very foundation of being, that it ‘shows’ us being (that is, the indissoluble plexus of being-language) so that self-revelation of being is actuated within the language.” Umberto Eco, Kant and the Platypus, p. 31

“Of course, genesis is a theory, a point of view, a fantasy, and not a fact. Even in biology, where this fantasy is at home and where are many more facts supporting it, this remains a truism.” Wolfgang Giegerich, “Ontogeny = Philogeny. A Fundamental Critique of Erich’s Neumann Analytical Psychology” in Collected English Papers, Volume I, The Neurosis of Psychology, p. 27

In Act and Image, Warren Colman aims to investigate the genesis of symbols, which he considers the major issue underlying Jung’s hypothesis of archetypes. As he puts it in the final statement of the book: “In this study I have attempted to “use directed thinking to construct a material basis for the existence of the non-material fantasy-thinking of symbolic imagination.” [p. 260] It is an ambitious piece of work, and a substantial contribution to critique of Jung’s ideas. To respect its significant weight, I’ve decided to give it a close reading. Therefore, mine is rather an extensive, polemical review, that I believe does justice to the work. Its length, I hope, is a sign of the book’s value, not just of my polemical fervor.

Colman notes in the introduction, that he was surprised, coming from the SAP developmental tradition, that in his Zurich lecture based on the initial material for the book, Jungians from the classical, archetypal perspective are unconcerned with the question of origins of symbolic imagination and take the notion of archetype not as a hypothesis but as “living reality that provides orientation and meaning for the practice of psychotherapy and living in general.” He attributes this unquestioning attitude to the idea that for many Jungians archetypes become symbolic images in themselves. [p. 3] True to the post-modern perspective, Colman from the start acknowledges that he approaches psychology from the developmental side, asking questions like “where did it come from and how did it develop?” Although he considers his developmental attitude “natural,” being exposed to the other school of thought made him “see his assumptions from outside.” Unfortunately, instead of questioning his assumptions, he falls back on the sociological explanation, that “no mode of thought can be separated from context in which it occurs.” [ibid]

Read Act before Image—a polemical review of Warren Colman’s Act and Image in its entirety here. 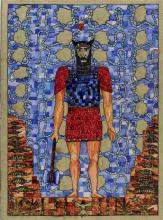