Two extraordinarily fine papers are featured in this edition of our quarterly newsletter. They originate in our collaboration with the Art and Psyche Conferences where they were first presented. These papers have prompted me to reflect again on the meaning of our newsletter's title,  ARAS Connections. “Connections” can have many different meanings—ranging from those practical “connections” that help us along the way in our lives to those far less tangible “connections” that link us to different levels of reality in ourselves, in other people, in nature, and in the cosmos.  The two papers in this ARAS Connections are definitely far along the spectrum in the second category of “connections”.  Both papers point to ways in which the creative act allows us to make connections between the tangible and intangible, between the known and unknown, between matter and spirit. Here is how Stefano Carta writes about the creative process of making connections between what he calls “subjective” and “objective” biography:  "Little by little, as the creative autonomous contents are integrated, the creative person remembers what he is, and may feel with precision and amazement that something totally independent from his consciousness is literally creating what he is.”  And, here is how Diane Fremont introduces us to the “spiracle” in the work of Cy Twombly as a channel for making connections between different realms of reality:  "Dorn conceived of the spiracle as a window to eternity, a mysterious center pre-existent in us, linking us to the cosmos, while opening up and bridging the different levels of body, soul and spirit. Through the spiracle one may journey across the threshold in between the above and below, and bring traces of one world into the other and back again – a kind of conception and cross-fertilization between inconsonant realms.”  We are thrilled that ARAS Connections participates in the creative activity that makes these kinds of connections possible. These unique papers encourage us to make connections in our own experience of body, psyche and spirit through images and symbols.  And, finally, the Poetry Portal once again makes unexpected and illuminating connections between word and image.

Turning our attention to more mundane kinds of connections, I would like to remind our readers that ARAS Connections offers two important channels for your supporting our efforts:
1.   You can contribute to ARAS by making your Amazon purchases through our link to Amazon. Simply click through to Amazon via the button in the top right menu. 6% of all purchases will go to ARAS.
2.   You can connect your friends and colleagues to ARAS Connections by encouraging them to subscribe for free by simply sending their email address to

by Ami Ronnberg - for the Art and Psyche Working Group

The following two articles Writing Stories in Time: The Unfolding of the Objective Biography by Stefano Carta and The Spiracle in Alchemy by Diane Fremont are part of our Art and Psyche series.  They were originally presented at the third Art and Psyche conference held in Sicily, 2015. Diane Fremont is a Jungian analyst in New York City and Stefano Carta is a Jungian analyst who lives and works between Rome and Cagliari, Italy.

Writing Stories in Time: The Unfolding of the Objective Biography in Life and Work 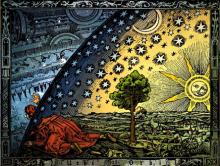 I would like to start my thoughts from three universally known Greek maxims. The first one is a Delphic saying which commands us: Γνῶθι σεαυτόν – Know thyself!, and thus indicates to us the ultimate – yet infinite – goal of human development.

The second one describes the general path that one must take: it is related to a sentence that Pindar said to its tyrant Ieron I: Γένοιο οἷος εἷ - Become who you are! This maxim is very intimately related to this article, as it indicates how one may know himself: by becoming himself, or, in other terms: by matching himself with himself in the most crucial coniunctio that I can think of.

If, as it is obvious, it is possible to write about creativity as something happening to and through someone else, (discussing it - so to say - in the third person), it is also possible to do it in the first person. By choosing to approach the study of the creative process through one’s own experience, one makes explicit the unavoidable personal contribution to the formation of any theory. Therefore, I will write through and about my personal experience with creativity, and, in so doing, I have myself resolved to break Epicurus’ advice.

Read Writing Stories in Time: The Unfolding of the Objective Biography in Life and Work in its entirety here. 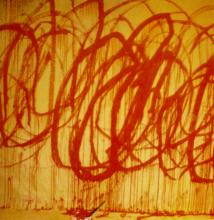 The Book of Symbols in now online! 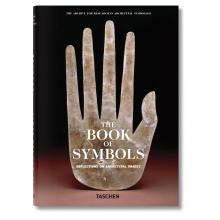 We are very pleased to announce that the contents of our most recent publication,The Book of Symbols: Reflections on Archetypal Images is now included in our online archive. Members will have access to the essays about symbols and the representative images from all parts of the world and all eras of history. This large content addition to our archive can be found by searching on "BoS" for Book of Symbols on aras.org. If you are not a member and would like to access this content, please join here! 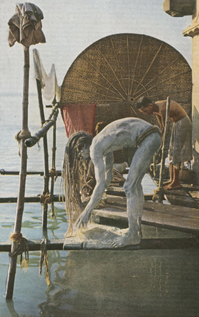